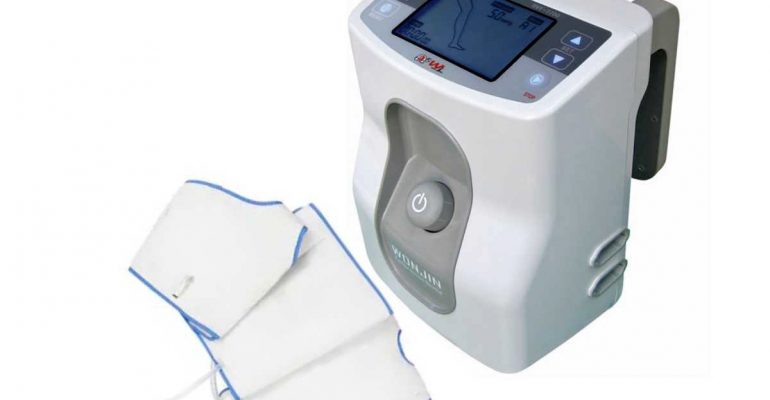 What you must know about DVT?

DVT Pump is a medical device that helps in managing DVT. Deep vein thrombosis (DVT) is a major health problem with high morbidity and mortality worldwide.

Deep vein thrombosis is the third most common cardiovascular disease after acute coronary syndromes and stroke. Affecting 2 million individuals in the United States each year. DVT is quoted as a major health problem and one of the most common preventable causes of hospital deaths in the western world.

Deep vein thrombosis commonly affects the leg veins (such as the femoral vein or the popliteal vein) or the deep veins of the pelvis which made them common sources of serious complications.

Generally swelling was the most common presenting symptom follows by Pain and tenderness.

A circulatory system is made up of vessels called veins and arteries, these transport blood throughout your body. Blood clots can form in veins or arteries, Deep vein thrombosis refers to a blood clot that occurs along the vein path. It’s most common for this to happen in one of your legs, but it can also happen in the arms, pelvis lungs or even in the brain.

This becomes a life-threatening situation as a blood clot that forms in the lower part of the body can break off and travel back to the heart during the circulatory process.

Usage of DVT Pump to prevent

The idea is to break and prevent blood clot formation. It applying pressure to the surrounding muscle, which compressed the vein and increases blood velocity in the deep veins. This reduces stasis and stimulating fibrinolysis.

These devices are particularly designed for the patient with ICU cases, pre-surgery, post-surgery and patient recovering from a sports injury.

A patient that lying on a bed for a very long period can also consider DVT pump therapy to prevent any chance of developing it.

When and how to use masks

Leave your email to get all hot deals & news which benefit you most!
© 2020 Halomedical Systems Ltd. All Rights Reserved
We accept:

Select the fields to be shown. Others will be hidden. Drag and drop to rearrange the order.
Click outside to hide the compare bar
Compare
Wishlist 0
Open wishlist page Continue shopping

Chat with us
Chat with us
Questions, doubts, issues? We're here to help you!
End chat
Connecting...
Offline
Our operators are busy. Kindly drop a message
Have you got question? Write to us!
This chat session has ended
Was this conversation useful? Vote this chat session. Good Bad